Why a Radiator Flush Is Needed

An automobile radiator is like the umpire in a baseball game. When the ump does his job well, which is almost all the time, no one notices. None of the spectators in the stadium comment about what a great game the umpire had. But when something goes wrong, things can get really hot. Performing a periodic radiator flush on your car or truck can keep things from getting heated under the hood.

What a Car Radiator Does

The radiator keeps things running smoothly inside an automobile engine, and its proper functioning is usually taken for granted until it fails. It accomplishes its job as part of the vehicle’s cooling system. Coolant runs through and around engine parts, absorbing their heat and passing it into the air through the metal fins of the radiator. Once returned to a lower temperature, the coolant is pumped back around to repeat the process continuously as long as the engine is running.

Without a radiator, the miniature explosions that power the vehicle and the friction produced by many moving parts would create so much heat that engine parts would malfunction or cease to work altogether. The normal temperature underneath the hood when the engine is running is 190-210 degrees Fahrenheit. To put this in perspective, water scalds human skin in half a second at 140 degrees and turns to steam at 212 degrees.

Vehicles also are required to operate in frigid conditions after sitting out in winter cold overnight or for days. Antifreeze, which mixes 50/50 with water to form coolant, prevents the heat-absorbing water from freezing solid during cold weather or turning to steam at other times. Either one would cease the flow through the engine and prevent the coolant from performing its vital function.

The coolant operates inside a closed system, but it still can pick up impurities and corrosion from the hoses it flows through and the engine parts it cools. They can compromise its functioning and prevent its flow. Debris may interfere with coolant remaining liquid during the winter months when the vehicle is not in operation. Most manufacturers recommend flushing the coolant and replacing it periodically, usually every 50,000-150,000 miles, depending on the make and model. For the exact intervals required in your vehicle, consult your owner’s manual.

The Benefits of a Radiator Flush

Flushing the radiator performs a series of valuable functions that keep the coolant moving and the engine purring. While it is the radiator that drains the old fluid and accepts the new, a flush actually cleans out the entire cooling system.

It removes radiator rust. Rust and other deposits can build up in the radiator core over the course of five or ten years. A good flush—one that is repeated until the water poured in and circulated throughout the system comes out clear—removes the buildup and allows coolant to flow uninhibited. A radiator flush solution like BlueDevil Radiator Flush & Oil Degreaser is specially formulated to seek out rust and other contaminants, wrench them free from surfaces and flush them out of the system.

It retires the old, tired antifreeze. Over time, the anti-corrosive additives in antifreeze become less effective, leaving the coolant increasingly contaminated. Flushing the radiator cleans out the coolant and makes way for a new batch of crystal-clear antifreeze and water.

It offers new protection. New coolant fresh from the container that is introduced to the system during a radiator flush enters the cooling system packed with anti-corrosive additives that remain vigilant for any rust or other contaminants that might threaten to form.

It extends the life of the water pump. Whatever impurities were mingling in the coolant prior to the flush were flowing into the water pump—and not always out. The flush cleans out the pump. New coolant introduced into the system keeps new impurities from replacing them.

It extends the life of hoses. Over time, all the issues inside the radiator are affecting the hoses that serve as the pathway through which the coolant travels in its circuit from radiator to engine and back. Corroded hoses may leak and clogged hoses may prevent the free flow of fluid. The introduction of new, additive-rich coolant protects the hoses and prolongs their life.

The owner’s manual for your vehicle recommends an interval for flushing the cooling system, but there may be times when that schedule should be accelerated. The first may be when the vehicle is not in regular use. In that case, time may be more of a factor than mileage, necessitating a flush after a certain number of years rather than a certain number of miles.

A radiator flush is also necessary whenever the cooling system shows signs of distress. The first is when the radiator overheats. If the system is full of coolant and overheating occurs, that is a clear signal the coolant is failing and needs to be replaced.

Another tipoff a flush is needed is debris in the radiator. Checking the integrity of the radiator periodically is a good way to diagnose an issue before it turns into a disabled vehicle on the side of the road with steam pouring out from under the hood. The sight of debris, rust or corrosion is a clear indication that the radiator should be flushed immediately.

The big-ticket item in a radiator flush is your time. Running the engine after each flush and waiting for it to cool down can drain away an entire morning or afternoon, especially if it takes several flushes to clean the system. Other than that, the cost depends in part on whether you already own some of the supplies necessary for a radiator flush. They include rubber gloves, safety goggles and a funnel.

The items you will most likely need to purchase to flush the radiator include distilled water, a new bottle of antifreeze and some radiator flush solution. BlueDevil Radiator Flush & Degreaser can be purchased online or from a neighborhood auto parts store for around $10, as can a gallon of antifreeze. Five gallons of distilled water is just a few dollars—if you don’t already have it. The entire amount comes in under $25. A local mechanic will charge about $100 for a radiator flush and a dealership may charge a little more.

The point is, doing the flush on a DIY basis is a low-risk operation that is likely to produce the same results, as long as a quality radiator flushing solution is used. A professional mechanic is more likely to diagnose any other problems that might become evident during the flush, with the expenditure of an extra $75-$100. This is one of the few maintenance operations on an automobile that almost anyone can perform just about as well as a professional mechanic.

If you’re opting for the DIY route to removing flushing your cooling system and removing radiator rust, start by gathering the right tools, working safely, following some simple directions and taking the time to do it right. The result will never be seen, but the cooling system will continue to function properly.

Items Required to Flush a Radiator

Prior to flushing the radiator, assemble the necessary supplies. You will need the following:

For complete, step-by-step directions on how to perform a radiator flush, see How to Flush the Radiator in Your Car or Truck.

Here are some things to consider before starting:

Before touching the vehicle, wait at least a half hour after it has been driven to cool down. The hood should not be hot to the touch. Working on a hot engine can cause severe burns, so avoid shortcuts here. The same precaution should be taken after each flush. Anytime the vehicle heats up it must be allowed to cool down before beginning work again.

It may be necessary to jack up the front of the vehicle in order to slip the drain pan under the radiator drain plug. Be careful to secure the vehicle before raising the front end.

Capture the old coolant and dispose of it responsibly. It does not belong in the storm drain, which connects to community drinking water. Antifreeze is poison when swallowed.

Use a rag when unscrewing the radiator cap to avoid pressurized steam from scalding your hand.

Following the flush, make sure to mix the antifreeze and water 50/50. Water without antifreeze is prone to boiling and evaporating. Antifreeze without water is not as efficient a heat-absorber.

Performing a routine radiator flush on your car or truck will help ensure it functions properly by keeping the coolant fresh and free from contaminants like radiator rust. 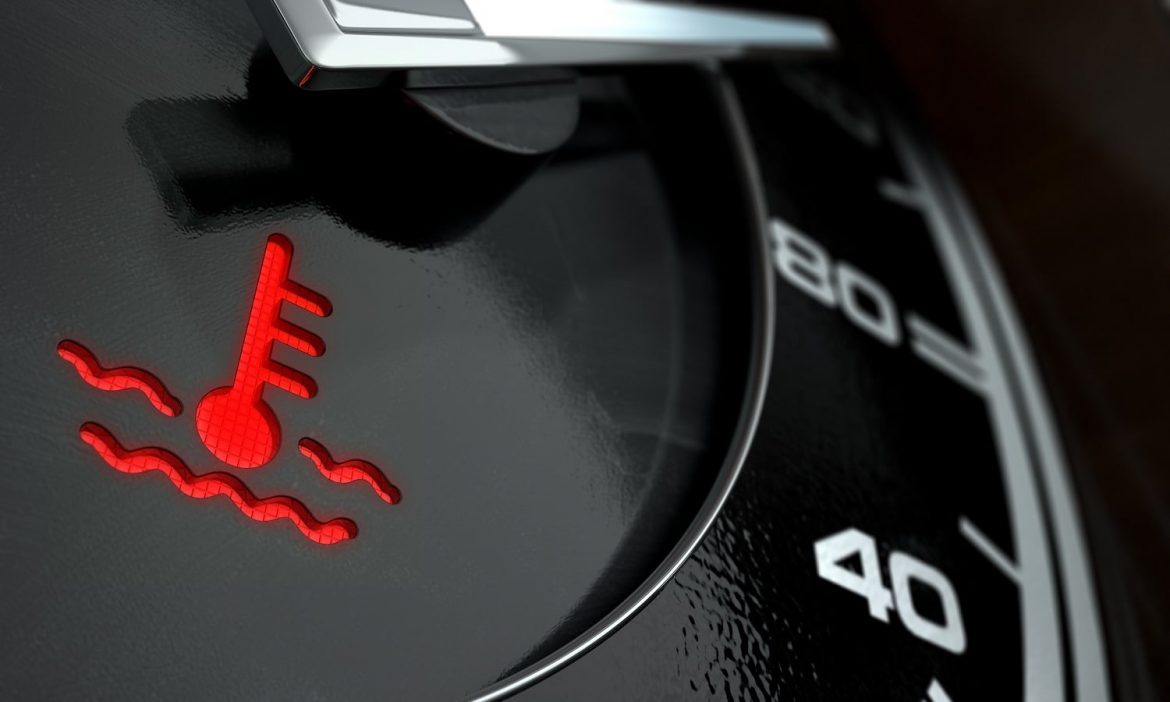 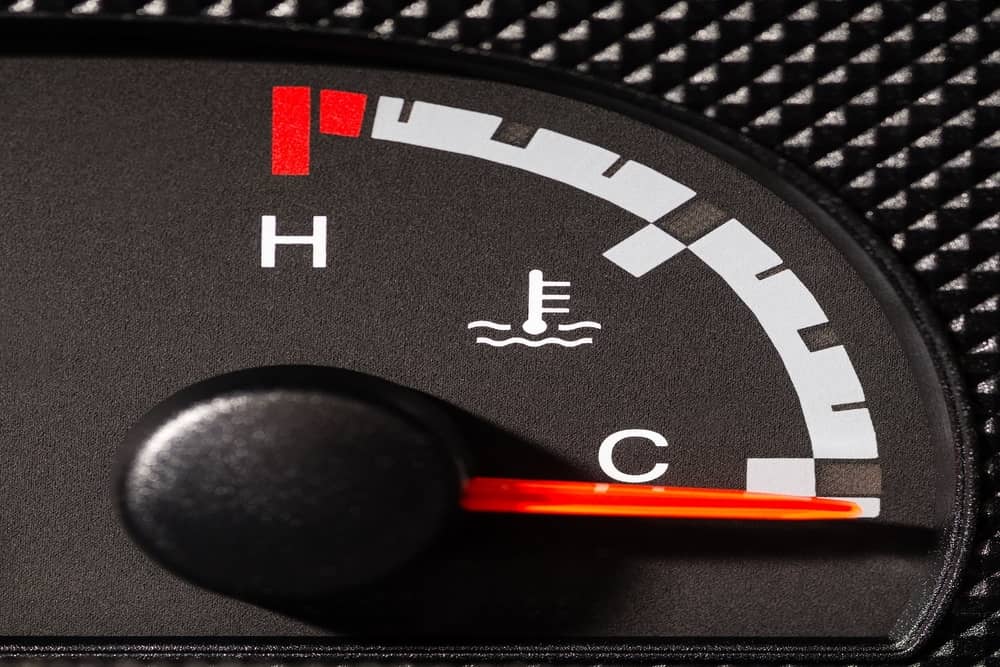 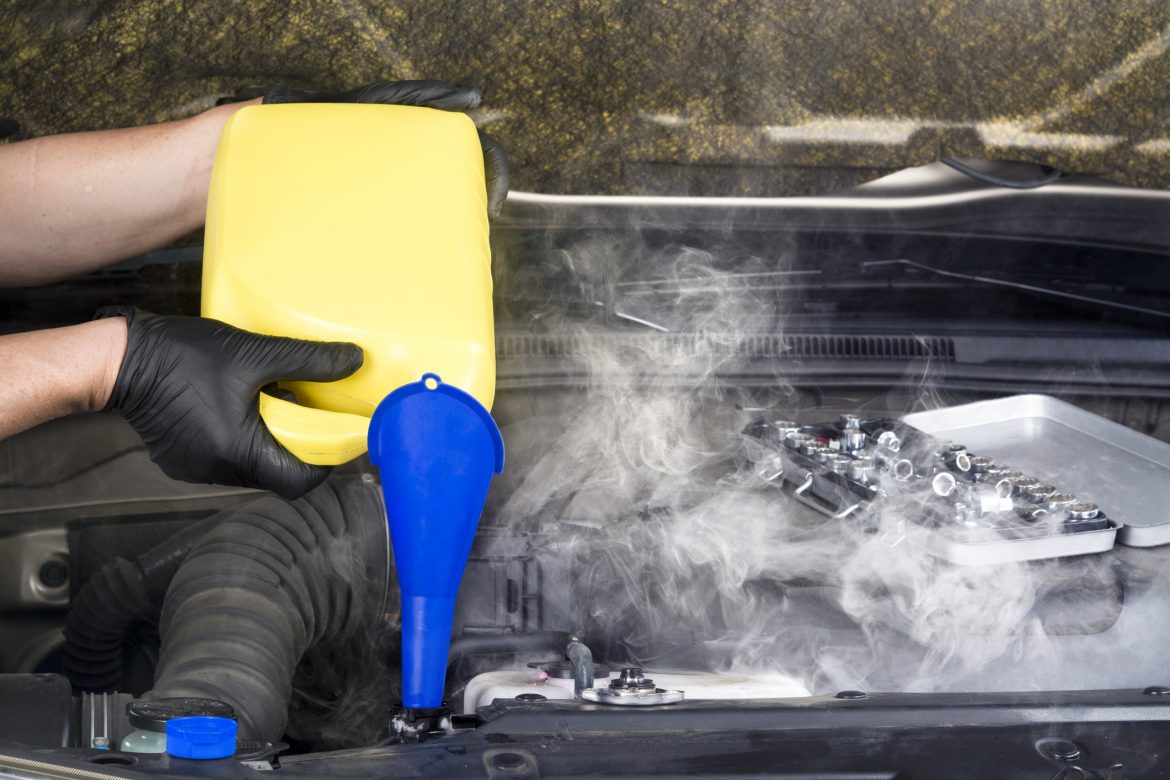