Have a Car Leak? Here’s How to Find and Fix It

The answers matter a lot. A water leak is likely just condensation from the air conditioning and nothing to worry about. (Or perhaps it is the remnants of yesterday’s rain or car wash.) Leaking brake fluid, on the other hand, could be deadly. It must be replaced, and the source of the leak repaired sooner rather than later.

Let’s review the different types of leaks and do a little detective work to track down their source.

My Car Is Leaking Brown Fluid

Greasy brown or black fluid found beneath the front half of the vehicle can only mean one thing – an engine oil leak. Oil leaks are not uncommon, but they must be addressed.

Motor oil is tasked with a big job: keeping the engine running properly. The engine’s moving parts live in an unhospitable environment where sparks explode, heat builds up, pressure pushes pistons up and down hundreds of times each minute and precision metal parts scrape against each other just as often. The only reason the whole engine doesn’t literally go up in flames is the good work of motor oil, which cools and cleans engine parts and keeps them lubricated.

Engine oil is your car’s best friend. When it leaks, it means less oil to complete those important tasks, bringing the whole operation closer to a meltdown.

For a slow leak – one that leaks less than about a quart every month – the easiest repair is just to check the oil level regularly and add a quart when needed. A slow leak like that can be diagnosed and repaired when the oil is changed, which should be done regularly according to the intervals in the owner’s manual.
Slow leaks have a habit of turning into faster leaks. Adding a quart of oil every two weeks is expensive and wasteful, but fixing the problem doesn’t have to be. If making a hard part repair isn’t an option, the next best thing is to add a sealant to the oil, like BlueDevil Oil Stop Leak, since degraded gaskets and oil seals are a common cause of engine oil leaks.

Pour an 8-ounce bottle into the crankcase and operate the vehicle for an hour or two until the leak has sealed. Extreme leaks may require a day or two of driving. BlueDevil Oil Stop Leak rejuvenates cracked and worn-out rubber gaskets and o-rings, resealing the leaking connections guaranteed, or your money back.

If something else is the source of the oil leak, it must be identified and repaired. There are many possibilities, some of which require expensive diagnostic equipment to find. That may be best done by a car care professional.

My Car Is Leaking Red Fluid

Thin, reddish-brown liquid beneath the front or middle of the vehicle could be one of two things: automatic transmission fluid or power steering fluid. Power steering makes steering the vehicle easy. Without it, drivers would literally be turning the tires by hand through the steering wheel.

If the hard repair isn’t financially feasible, persistent leaks may be solved with BlueDevil Power Steering Stop Leak. With the engine off, pour a third of a bottle into the power steering reservoir. Drive the car for an hour or two until the leak has stopped. If the leak continues after two days, add another application. BlueDevil Power Steering Stop Leak is guaranteed to revitalize hard, shrunken, leaking seals to their original condition.

Again, if the source of the power steering fluid leak is not the seals, it must be identified and repaired. There are many possibilities, some of which require diagnostic equipment to find. That may be best done by a car care professional.

In an automatic transmission, the fluid actually turns the gears. Losing fluid brings the transmission to its knees, so it must be repaired ASAP. If a hard part repair isn’t possible, the next best option is pouring a bottle of BlueDevil Transmission Sealer into the transmission (engine off!) and driving for a couple of days until the leaks seal.

A sealant is likely to work because bad seals are the most common cause of transmission fluid leaks, but they are not the only culprit. If the sealer doesn’t work, take the car in for repair. Finding the source requires meticulous detective work and a black light, so a service station is probably the best bet.

My Car Is Leaking Amber Fluid

My Car Is Leaking Orange, Pink or Green Fluid

If the fluid on the ground is orange, pink or green, and particularly if it smells sweet, the car is leaking coolant. Coolant, often called antifreeze because it is composed of antifreeze and water, absorbs engine heat and disburses it into the air via the radiator, keeping the engine humming for miles on end.

Coolant circulates in a closed system, and like other fluids, can be kept full by simply topping off its levels. Make sure the engine is cool before pouring coolant into the radiator or coolant overflow tank, which indicates how much liquid it should hold.

If the coolant leaks too often for simply topping off, the leak is more severe and needs to be addressed. If repairing the system isn’t an option, investing in a bottle of BlueDevil Coolant Stop Leak can seal leaks throughout the cooling system.

The engine must be cooled down before pouring BlueDevil Coolant Stop Leak into the radiator, starting the engine and turning up the heater too high. Replace the radiator cap and let the engine idle for 45 minutes. Shut off the engine and allow it to cool for an hour before driving. If coolant is low, more should be added before operating the vehicle.

My Car Leak Is Clear Liquid and It Smells Like Gasoline

If the puddle beneath the car is clear like gasoline, and smells like gasoline, it is safe to go out on a limb and assume the leak is gasoline. Dripping that collects at the rear of the vehicle indicates the car has a leaking gas tank. Near the front of the car indicates a fuel pump gone bad or leaking gas lines or seals.

Gas tank leak repair is a fairly easy DIY project and costs about $100. Buy some tank repair epoxy and bring along sandpaper and a degreaser like rubbing alcohol. Wearing gloves and goggles, and with the gas tank empty, jack up the back of the car, sand down the area around the hole, clean the area with the degreaser and apply the epoxy compound. It usually comes in two tubes that are mixed together in a single applicator.

The epoxy takes time to dry and cure, but once it does, you can fill the tank with gas and drive with confidence.

Fuel line leaks can also be repaired easily and for a lot less money. Crawling under the vehicle and finding the hole is the hardest part. Steel-reinforced putty costs a few dollars at an auto supply store and can be applied to the leak. It hardens in minutes and provides a permanent fix to small leaks, but is only a temporary repair to aging or rusted lines.

If fluid is in the vehicle, it is there for a reason. Addressing a car leak quickly can be the difference between your vehicle functioning or just taking up space on the pavement.

2 responses to "Have a Car Leak? Here’s How to Find and Fix It" 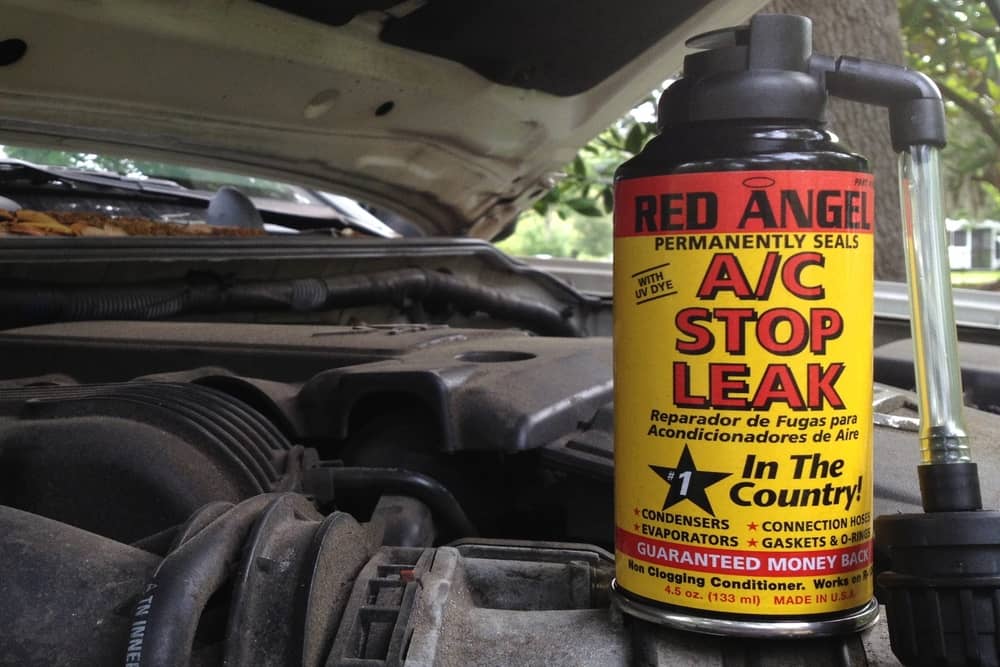 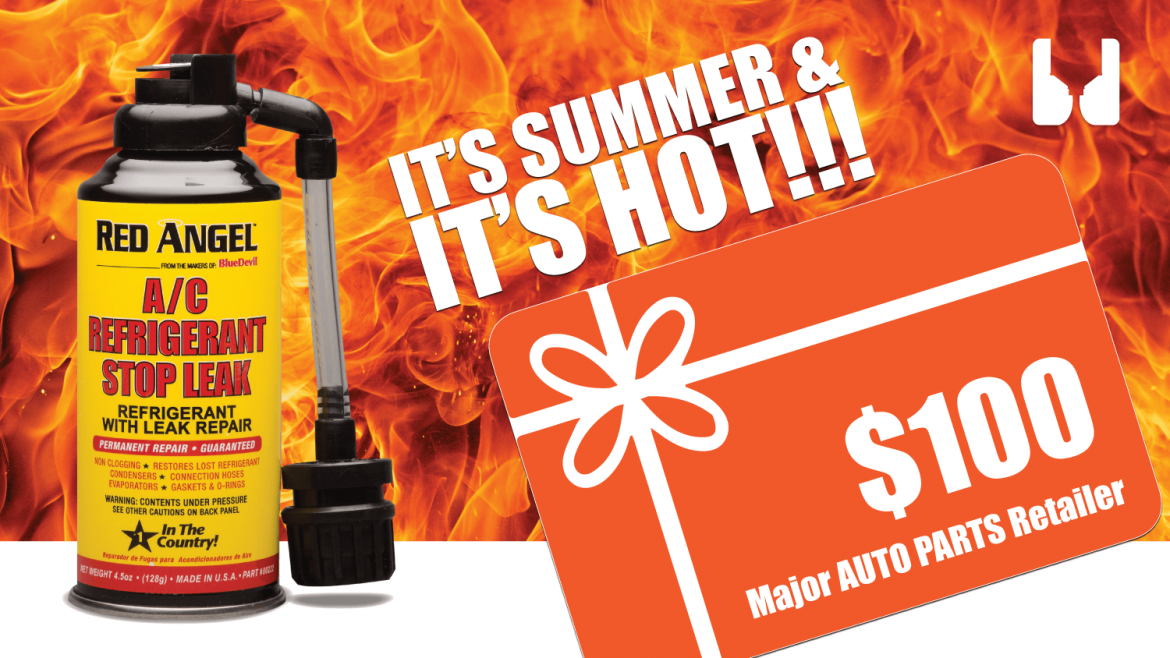 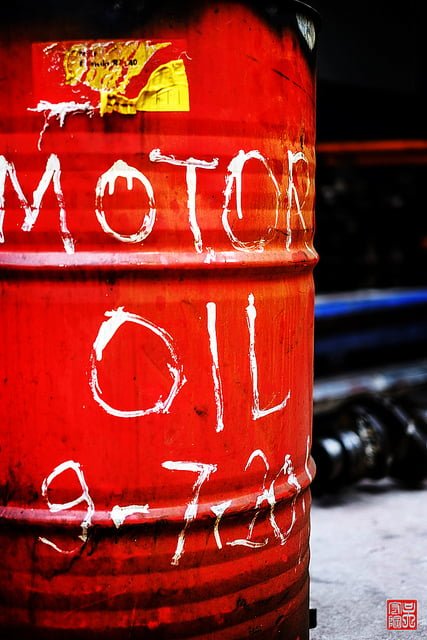 What To Do With Old Motor Oil