Do you drive a late model car?  Does your car have a name?  Do you find yourself running errands because you simply love being behind the wheel?  Car enthusiasts come from all over the country and find themselves working on and loving all sorts of different kinds of cars.  Just try checking out a local car show over the summer and you will be surprised at the variety of cars people love and restore.  From old hotrods to imports, to wild custom cars, everyone has their own personal taste and style.

When you really love a car that you have, maintenance becomes more than simply trying to get the most miles out of our car.  Maintenance goes from a chore you have to do to something you love to do because you really want to take care of your vehicle so it will last for years.  Many cars that have gained popular followings also have enthusiast clubs to help people learn more about their vehicles and share their experiences.  I’m willing to bet that somewhere near the city you live in there is a group of Corvette enthusiast and a group of Mustang enthusiasts.  These cars have great followings and a lot of people love them. 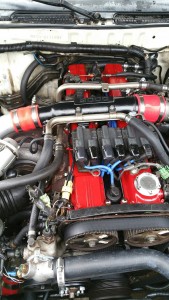 In the import world, one of the cars everyone loves is the Toyota Supra.  Made famous by the Fast and the Furious movies, it became an icon of performance and style.  Due to their popular demand the prices for the most recent model Supra have skyrocketed and continue to stay higher than many car enthusiasts are willing to pay.  The smarter buy for the mechanic on a budget is the older 3rd generation Supra Turbo.  These cars had similar engines and drivetrain setups as their older brothers but can still be had in good condition for a few thousand dollars.

If you decide to pick up one of these old Supras they have a few problems that have been uncovered over the years of people working on them.  One of the biggest problems known to the 3rd generation Supra is an inefficient cooling system.  These Supras came with small copper radiators, clutch driven fans and a maze of cooling hoses for the heater core.  The Supras that came factory equipped with a turbocharger generate a surprising amount of heat and the factory cooling system often has problems keeping up with it.  The 3rd generation Supra was last built in 1992 which means if you have one of these cars it’s at least 23 years old today.  Even with good maintenance it’s likely that the cooling system isn’t in as good of shape today as it was from the factory.  One of the best ways to restore these car’s cooling systems back to their proper function is to flush the system to remove any contamination and scale on the block and inside your radiator.

Today we’re working on a 1989 Toyota Supra Turbo.  From the looks of the rest of the car, it seems like maintenance was not a priority for the previous owner.  Once we cracked open the cooling system, it became even more evident.  You can see from the pictures that the scale built up on the inside of the cooling system was extreme, and the inside of the radiator was coated in precipitation.  These deposits are likely due to not changing the coolant at the factory recommended intervals.

Using BlueDevil Radiator Flush on this car was a very simple procedure and produced awesome results.  We simply drained the coolant in the radiator and refilled it with pure water.  We repeated this step twice to make sure we got all the coolant out of the system.  We then added BlueDevil Radiator Flush and refilled the system with water.  Since our system was so dirty, we decided to allow the radiator flush and little more time to do its job.  We let the car idle for about 20 minutes to warm up, then went for a 10 minute drive before returning.  After the car had cooled, we drained and refilled the system 3 more times.  During this process we couldn’t believe how dirty the water was that we were getting out of the cooling system!!  Once the water was running clear, we pulled the system back apart to see if we could see a different in our cooling system.

Some of the discoloration was still present in the aluminum thermostat housing but all the surface scale had been removed and things looked great!  To further help our project car’s cooling system we installed new coolant, a new thermostat, and electric cooling fans to make sure we wouldn’t have overheating problems.  We’ve been driving the car now for 2 weeks in spring weather and haven’t even had the cooling fans kick on because the system has been working so efficiently.

BlueDevil Radiator Flush has brought our old Supra’s cooling system back to life and back to its full cooling capacity.  This will get this car better performance and will help keep the motor safe and temperatures uniform throughout the block and head.

ufYou can also purchase BlueDevil Radiator Flush from any of our partnering local auto parts stores like:

Why is my truck overheating?

What is the Best Way to Do a Radiator Flush? 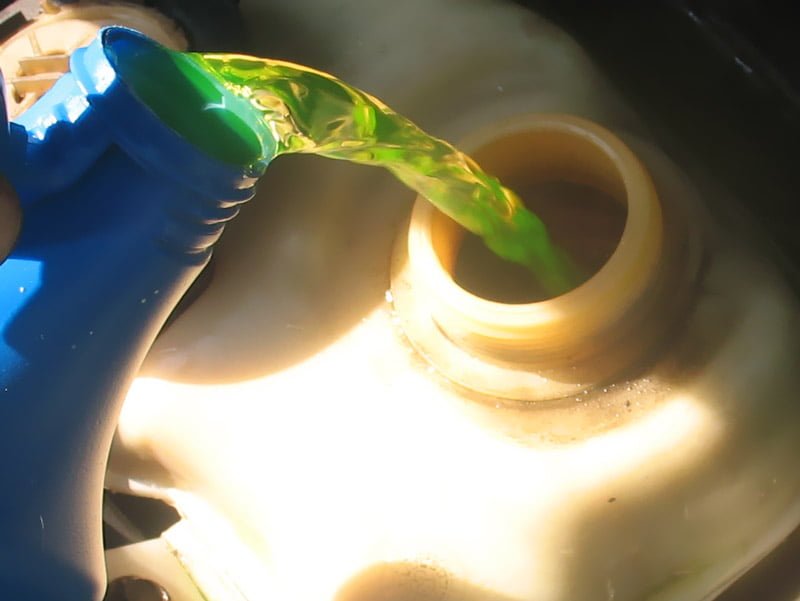 How to Flush a Radiator