Got car issues? Well, we've got the answers! Welcome to the BlueDevil Products Auto Blog! Easily search thousands of entries to find exactly what you're looking for. Need advice on a dealing with a blown head gasket? Oil Leak? Cracked block or leaking radiator? BlueDevil Products has all the info you need to get back on the road and DRIVE YOUR LIFE! Be sure to leave a comment or question on anything that may interest you. You can also send an email to our pro for direct assistance! 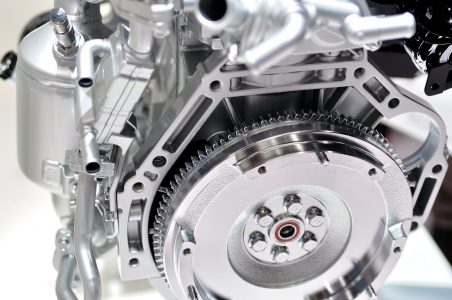 Rear main seal leaks are often killers of engines due to their complicated replacement procedure.  The actual seal that is broken is often a relatively low-cost part, often under $50 dollars but sometimes as lows as $15.  However, the process to get to the rear main seal to replace it often requires removal of the entire engine and transmission from the vehicle, a job that can only be done by very skilled mechanics and even then can take 6-10 hours!  Due to the duration of the job and the skills required to do the work, it often can be more economical to simply install a new engine in your vehicle than to attempt to repair the rear main seal.  If your rear main seal is leaking, it is likely that other components of your engine are worn down and will soon start to leak as well or start to slowly fail.

Luckily for you, there have been great developments allowing you to seal the rear main seal leak in your vehicle without going through the hassle and expense of removing the engine.  Stop leaks products are relatively new to the automotive market and have made great strides in recent formulas.  Originally stop leak products were mostly particulate based.  Some early homemade stop leaks included aluminum shavings from a mill or even sawdust!  The idea was, if you added small particulates to any fluid system, they would be suspended in the fluid and eventually find their way to the leak point.  As the particulates traveled through the small leak point suspended in the oil, they would clog up the hole making it more difficult for the fluid to leak out.

This method of stopping leaks in fluid systems may be initially effective but can often quickly cause bigger problems.  Besides the particulates washing away from the leak with a little use, the particulates can damage or clog other areas of the system, and often cause unnecessary abrasions on the equipment in the system increasing wear on both components and other seals.

For more information about BlueDevil Rear Main Sealer, click on the banner bellow!

You can purchase BlueDevil Rear Main Sealer and other BlueDevil engine sealing products at any of our partnering local auto parts stores like: